Our California days included time along the 101 near Thousand Oaks with two very cool cats, Idget and Fig. 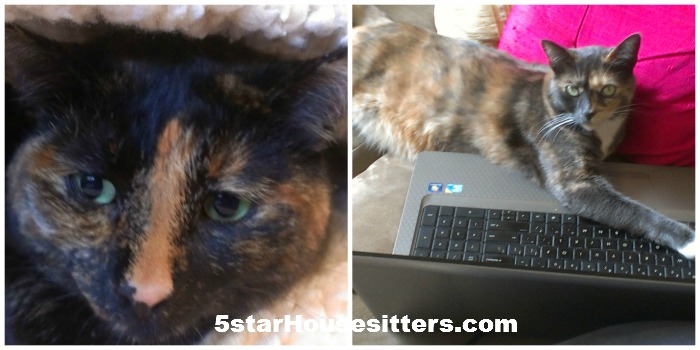 What different personalities! Idget loves to explore, Fig loves to burrow and nest. And both are so affectionate — Fig will plop down in front of you to get some love (she has a beautiful purr), Idget even allows herself to be picked up and cradled for some cuddling time. 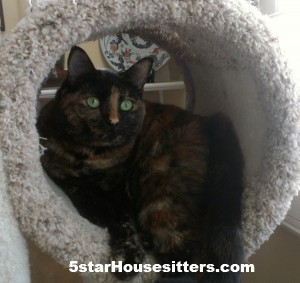 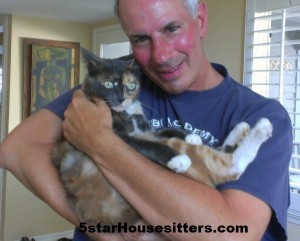 Idget’s a very assertive little girl. When meow’s aren’t working to get the humans’ attention, she’ll do what it takes — walking across the keyboard, even a headbutt to the forehead if that’s what’s needed to the human “on task.” Little Fig is much more wary and cautious — walking into to the garage, an area she might have surveyed just a few hours before — requires a very stealth-like, slow and steady and approach before you make the commitment to cross the threshhold and thrust yourself into the unknown…garage…

The Conejo Valley area, where Fig and Idget live, is a really unique pocket.  More a “high desert” climate, but only 15 minutes to Malibu beaches.  Sitting on the inland slope of the Santa Monica Mountains, the terrain has that “western” feel, which is probably why it’s still used for Hollywood western sets (the old Paramount ranch, and the exterior location for M*A*S*H are just minutes away).

We are so grateful to have had the opportunity to love Fig and Idget, to explore this area, and to get to know Fig’s and Idget’s beautiful mom!