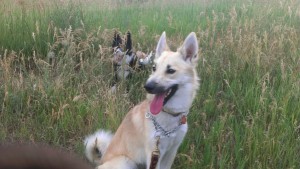 Not only had we never heard of norbottenspets, trying to remember the breed name was challenging, and fortunately, we have the opportunity to memorialize it here! 🙂

We met Honey in in an in home dog boarding engagement in Golden, Colorado. She’s a relatively recent adoptee from a prison program, about a year old and just about three months with her new family.  And what a sweet little girl — extremely intelligent, very eager to please, affectionate, playful — a wonderful family dog.

Upon reading up on the breed, norbottenspets are an old breed related to the spitz (the curled tail is the most obvious similarity).  Once thought to be extinct, a few specimens were found in their native Sweden in the 1960’s (largely on farms) and were accepted as an AKC breed.  That they were household dogs used for small game hunting is no surprise to us after spending time with Honey — bunnies and squirrels are just far too exciting even if they’re on the other side of the window! 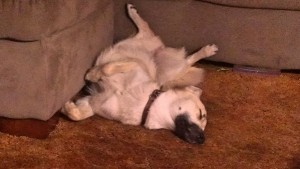 One year olds have their own set of challenges — impulse control for a prey-driven dog is so hard for them — but “adorable” makes up for a lot!  Honey’s time in the prison program probably also contributed to some scarcity issues around water and food, which were diminishing even during our time with her.  She’s also very attached to Jeff, who spent tons of one-on-one time with her — really attached, as in, would mysteriously escape a relatively secure yard to find “her main man” if he wasn’t in view!

Although duties at the house also included pool care (checking chemicals) and two fish, the highlight was certainly getting to know Honey, and gaining familiarity with this fun-loving companion breed! 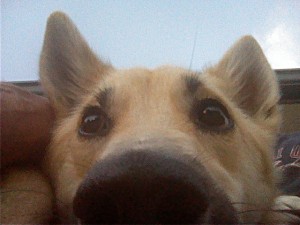 (Jeff also pulled some “double duty” time with our special border collie, Kita — had to include a picture of the both of them for the record! 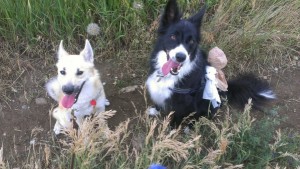