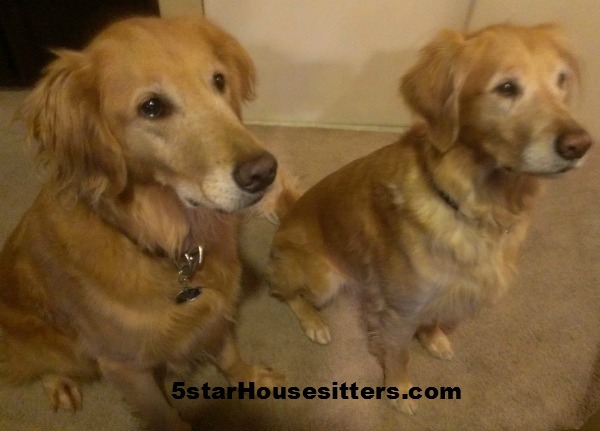 Bentley and Madison, two rambunctious but well-behaved Goldens we were housesitters and petsitters for in Phoenix! 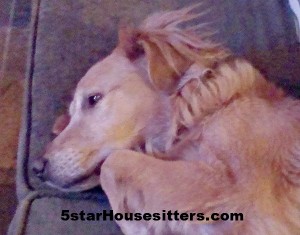 Bentley is a big boy, and like most Goldens, loves being close, which is endearing, and a little challenging because he’s LARGE!  Loves walks, too — VERY interested in other dogs we see along the way, and curiously not so much interest in the ducks which congregate in the park pond (yeah!)

We only had Madison a few days, but quickly learned DO NOT play ball toss with this one!  In our experience, Goldens aren’t AS “obsessed” with particular toys as are, say, labs or spaniels, but not the case with Maddy!  Once she’s started with the ball, she is persistent, ingenious in finding ways to get you to play, and she actually gets angry when you put the ball away!  The similarities between dogs and 2 year olds is striking…:) And that’s what makes housesitting and petsitting engagements, such as caring for Madison and Bentley, so much fun! 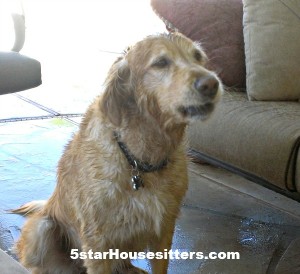